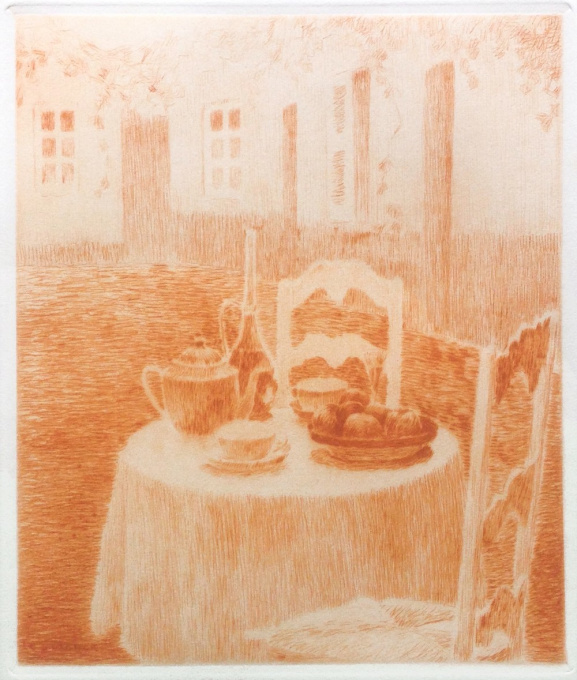 Henri Le Sidaner was born in Port Louis, Mauritius on August 7, 1862, a son to a French captain. Le Sidaner was a painter who is considered part of the impressionists. He also painted in the style of symbolism though only for a short period.

In 1871 Le Sidaner moved back to France where they lived in Duinkerke. After his father passed away in 1881 he went to study at the Ecole Nationale Superieure des Beaux-Arts in Paris where he was taught by Alexandre Cabanel. In Paris he discovered impressionism through the works of Edouard Manet and Claude Monet. In 1887 Le Sidaner held his first exposition in the Parisian salon. He also held exhibitions in the fmapous gallery of Henri Petit and in the ‘Goupil Gallerie’ in London. In the first years of the 1890’s he was awarded several prices and medals.

Despite being a successful impressionist Le Sidaner switched to a symbolistic phase between 1896-1900, being led by literature. His most famous work from this period was Dimanche (Sunday) from 1898. In 1902 Le Sidaner moved to Gerberoy where he returned to impressionism. During those years he often traveled, to other regions in France, the Netherlands, Italy and London. He was awarded a Legion of Honour in 1909. In 1929 he became president of the Academie des Beaux-Arts in Paris. Le Sidaner died in 1939, at the age of 76 years.