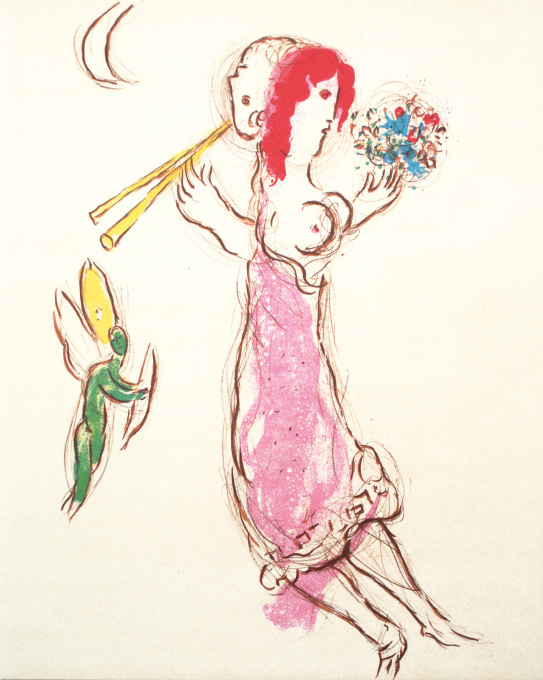 Medium: Lithograph
Original lithograph in colours. 1960. From the edition issued by San Lazarro unsigned for the album XXeme Siècle No.14. Printed from the same stones and at the same date as the signed edition of 75 impressions. Printed at the studio of Mourlot, Paris 1960.
Ref: Mourlot - Chagall Lithographs No.227

About the Artist - 187 more artworks