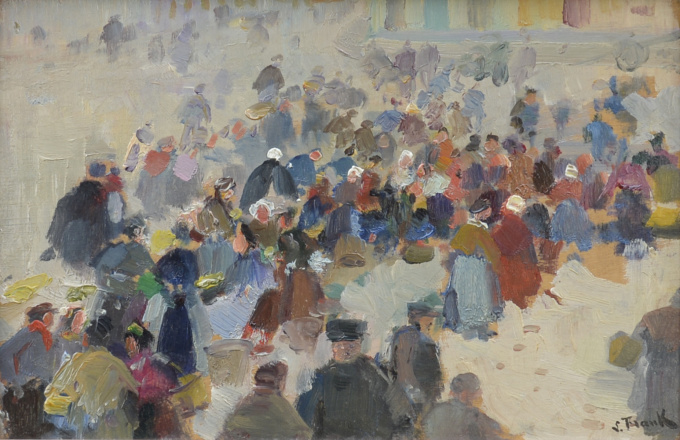 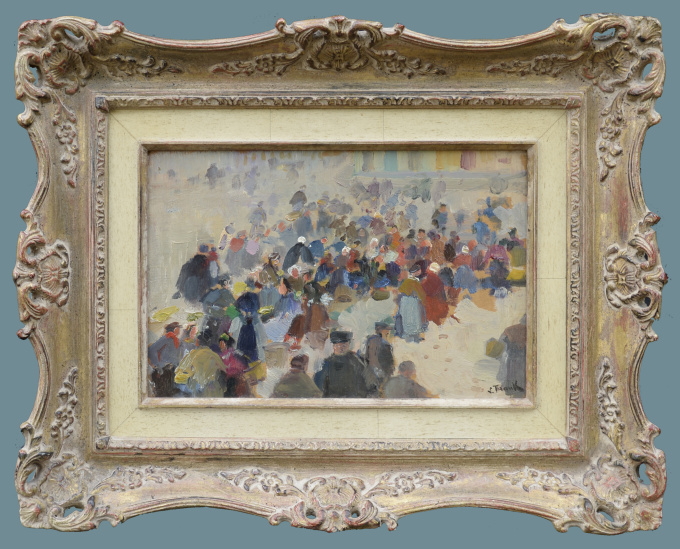 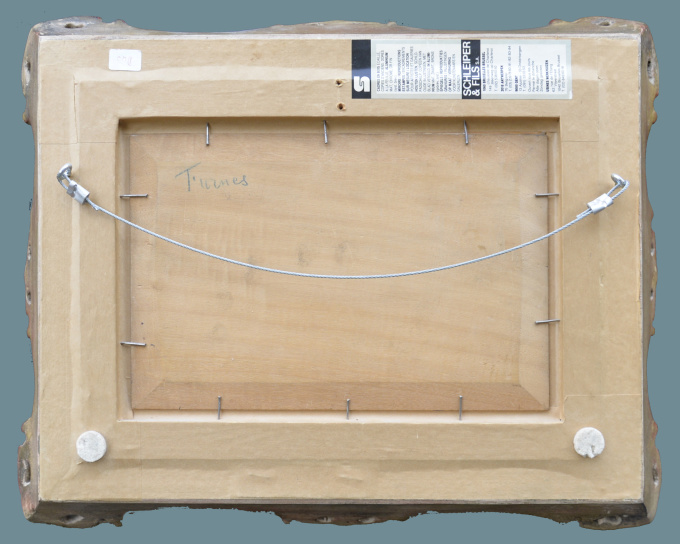 Lucien Frank was born in Brussels on November 10, 1857. He received his artistic training in France. He was taught there by Daubigny, among others.

From 1890 he worked a lot in the region of Tervuren, where he settled for a while. But the Belgian coast and sites in the Netherlands also attracted his interest.
He left Belgium at the outbreak of the 1st World War. During this stay abroad, which took him to France and Spain, his wife died.
Once back in Belgium, he found a new home in Ohain in 1919, together with his son Paul. Barely a few months after moving into his home, he died suddenly on January 19, 1920.

He had a clear realistic style with a refined impressionist touch.

Lucien Frank (1857-1920) was a Belgian painter who was born in Bruxelles and schooled in France. While he had not received an academic art education, Lucien was probably schooled by French painter Charles-François Daubigny. He is said to have known Edouard Manet personally. Frank preferred to work 'en plein air' and was attracted to a small village in Belgium called 'Ohian', where he worked for multiple years. Soon after, Frank became interested in the Dutch and Belgian coasts. Later in his career, Lucien painted his best known works, with vibrant cityscapes and figures on markets in his own, fresh style.