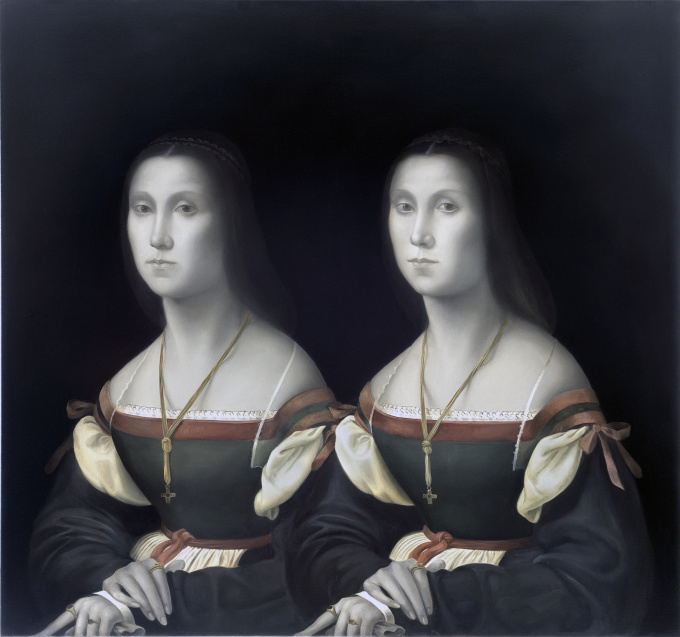 Mary Alacoque Waters is a contemporary Irish painter who was born in London in 1957. She currently lives and works in Utrecht and Galway. In 1981 she graduated from the National College of Art and Design in Limerick. She is known for her portraits, inspired by iconic masters in Western Europe.