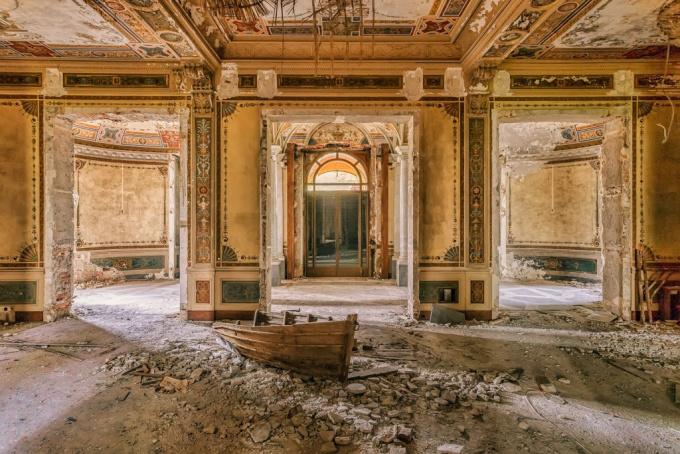 British fine art photographer, James Kerwin is from a small city called Norwich in the United Kingdom. After 6 years behind the camera shooting in a variety of genres, he somehow fell into architecture and location photography.

In 2014 that Kerwin began shooting his first abandoned building series entitled “Decadence” and 3 years on has have built up an impressive portfolio of both interior and location photography taken in some of the most unique photography spots. During 2015, he was picked up and signed a deal to work with his current art agency, based in the Netherlands. James has since been on their books for two years, selling large format plexi-glass pieces of artwork across Europe.

With a primary focus of capturing rich colour palettes and straight lines in the camera, James then likes to take the raw photograph and use modern post processing techniques on it to produce each completed image that you see displayed. Throughout the last 3 years comments are always made by viewers of James’ work in relation to composition, which is ace as it is something that he takes great pride over.

Travel plays a huge part in his image making, having visited ten countries in the last twelve months alone and it is this passion for travel combined with his love for photography that keeps him motivated and passionate about the work that James creates.