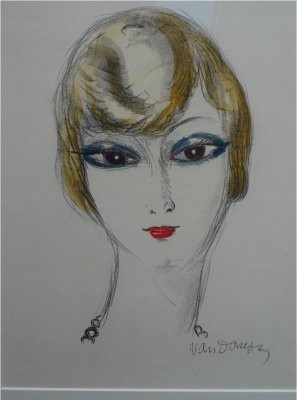 Original lithograph by Kees van Dongen, signed on the stone, not numbered, edition of 120.
Framed with museumglass.