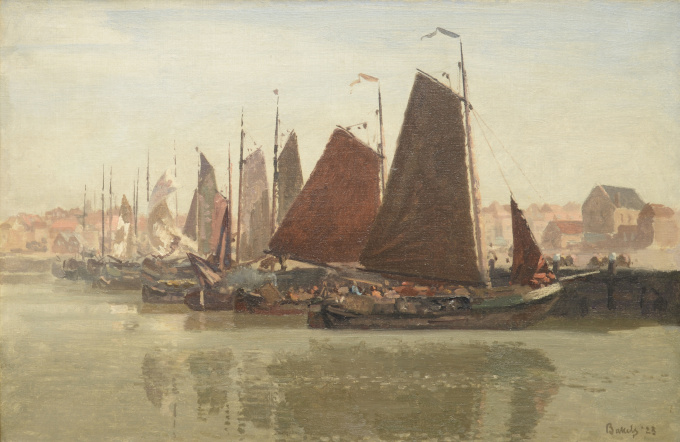 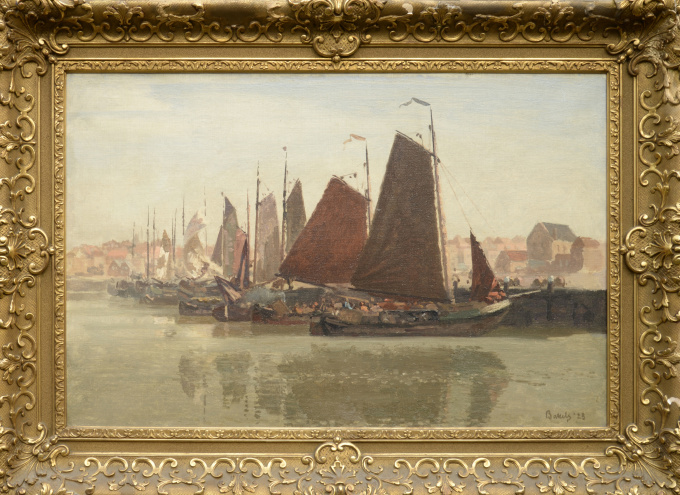 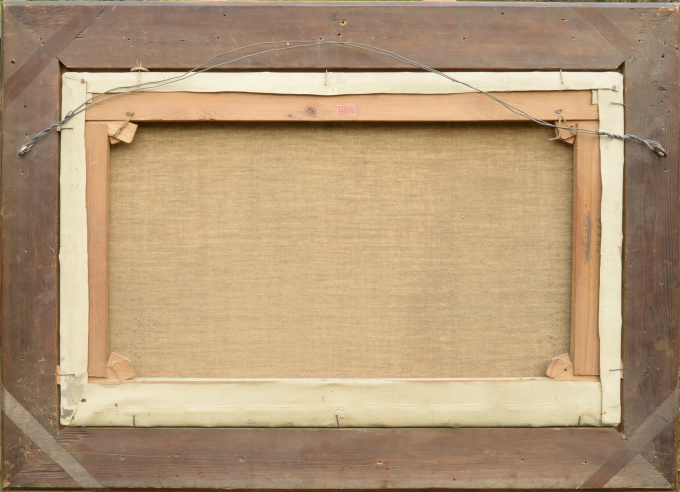 Sailing ships in the port of Scheveningen. 1923

Reinier Bakels was the son of a minister who did not seem to be without merit to draw and paint. Reinier Bakels was initially a lawyer. He married a Palthe whose father made a fortune in textiles.
After the marriage he devoted himself only to painting. He is known for his drawings of the port of Scheveningen. He was befriend with another Hague school artist, W.B. Tholen (1860-1931).
Reinier was the father of the Dutch resistance hero Floris Bakels (1915-2000).

Reinier Sybrand Bakels was born on Texel as the son of the Mennonite minister Pieter Simon Bakels and Fokeltje Breugeman.
He studied law at the University of Amsterdam and after obtaining his doctorate in 1899 he went to work for the municipality of Amsterdam.
Bakel was head of the commercial equipment department until he married Henriette van Wulfften Palthe (1878-1964), a member of the Palthe family, in 1903.
Her father was a wealthy textile industrialist and co-founder of the Palthe factory. Bakels began to focus on painting and began exhibiting after settling in The Hague in 1908.
He painted landscapes, cityscapes and harbor scenes, including in Scheveningen, Enkhuizen and on Texel, later he painted more portraits.

Bakels became a well-known figure in the art world of The Hague and was friends with, among others, W.B. Tholen.
He joined the Pulchri Studio and was secretary there for some time.
and became member and chairman (1932-1942) of the board of the Royal Academy of Art and a member of the advisory committee of the Haags Gemeentemuseum.
He also published on painting.

The painter died at the age of 82. He was the father of resistance fighter Floris Bakels.