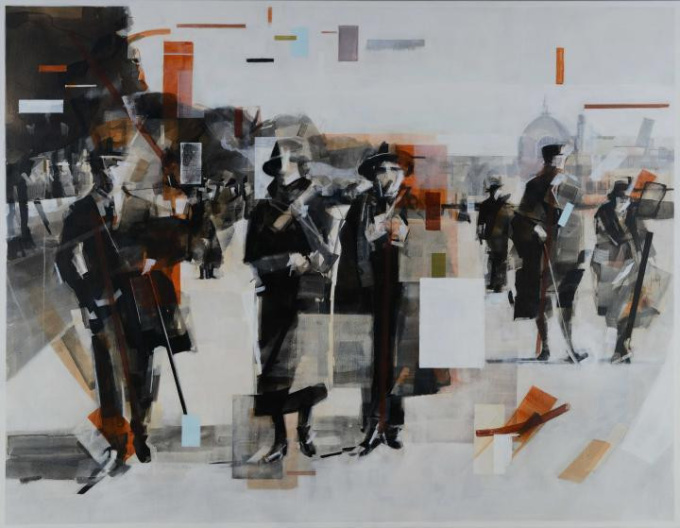 About the Artist - 30 more artworks

Wessel Huisman is a Dutch artist from Breda who studied economy and social history in Nijmegen and went to the Academy of Fine Arts and Design in Arnhem. He is an important contemporary Dutch artist who specializes in modern cityscapes in which he focuses on light and perspective. His paintings are composed of lines and strokes, mostly black and white with a hint of blue or umbre, creating a strong suggestion of bright light. He creates his paintings by applying layer after layer, a process that can take many months to complete. He is particularly popular amongst collectors all over the world. The main subject of his paintings is the light, wich establishes itself in abstract forms, and the clarity of that light. He combines abstract and figurative elements in his works, with the characterizing horizontal and vertical lines as a result. He is internationally established, being represented in Shanghai, Florence and multiple other cities.
His works have been exhibited all over Europe, including the Germany, Switzerland and Italy where he won the “Lorenzo IL Magnifico” prize at the Florence Biennale in 2013 and 2015.