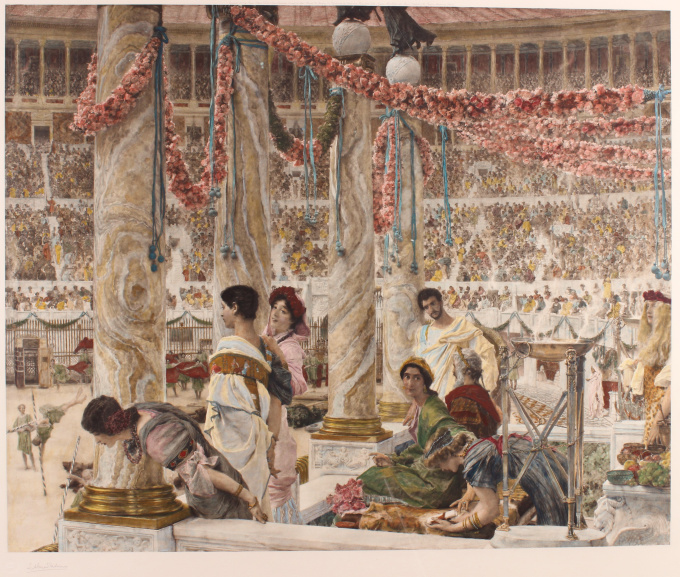 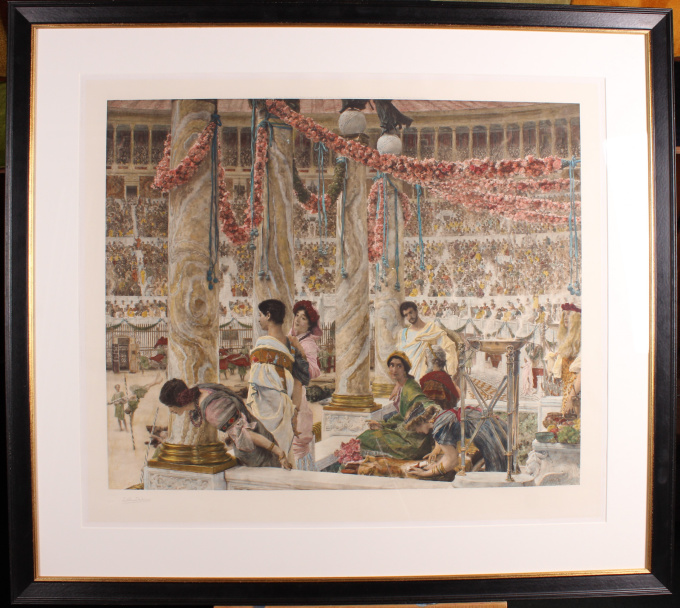 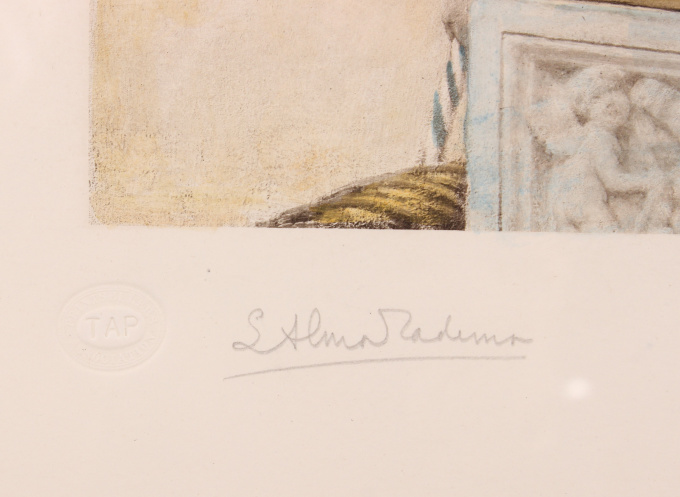 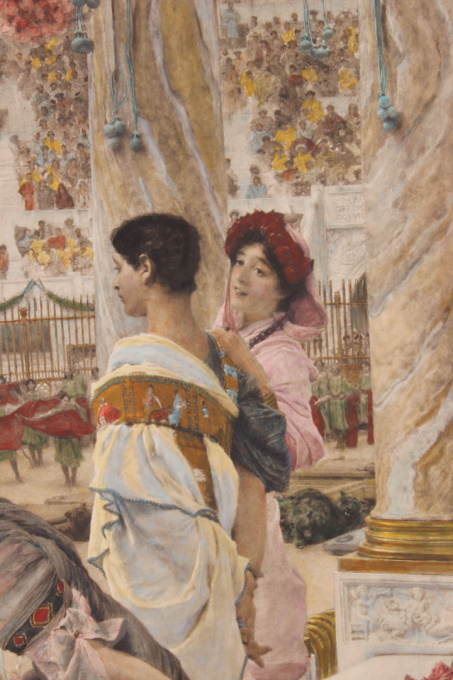 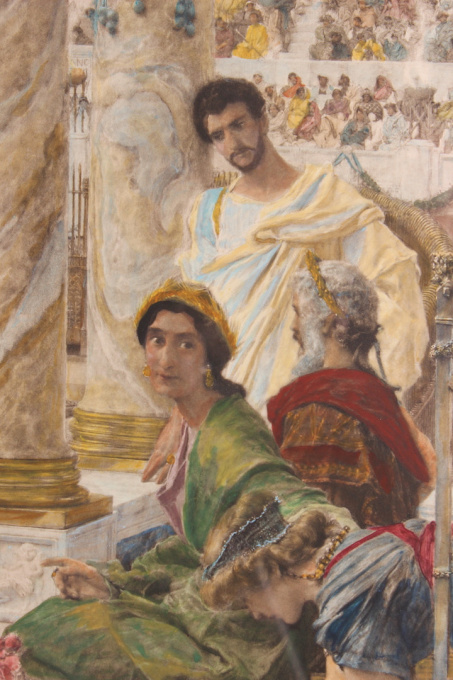 "Caracalla and Geta: Bear Fight in The Coliseum, AD 203", heliogravure after the painting (Opus CCCLXXXII) by Sir Lawrence Alma-Tadema, published in 1907 by Arthur Tooth & Sons. Signed in pencil in the left lower corner by Alma-Tadema. Later hand coloured. Dimensions: 64 x 78.5 cm Including list. At Caracalla and Geta both brothers, sons of Septimius Severus, are surrounded by relatives in the Colosseum's imperial box. The games are being held, celebrating that Septimius Severus has granted the title of Caesar to his second son Geta in 203 AD. Caracalla received this title six years earlier and is not happy to agree with it. Concerned about the future, their mother, Julia Domna, secretly delivers intriguing letters to a messenger. Does she want to get between the two quarreling brothers and prevent them from later dividing the Roman Empire among themselves? Reality is worse. Within a year of Septimius Severus's death, Caracalla murders Geta. Caracalla thus becomes the sole emperor over the Roman Empire. In the Colosseum the bears are released, the spectacle is about to begin. The tension in the amphitheater between Caracalla and Geta is palpable. Caracalla and Geta was one of Alma-Tadema's most ambitious work during his last years. More than 2,500 spectators have been individually painted. If the hidden figures behind the columns and garlands are added and extrapolated, this is consistent with the real number of 35,000 spectators which could be seated in the amphitheater. The press spoke with respect of such knowledge at the time the painting was finished. Alma-Tadema was more than just an artist, the Nottingham Daily Guardian wrote: "Spirit of a scientist and archaeologist [but] not an artist!"