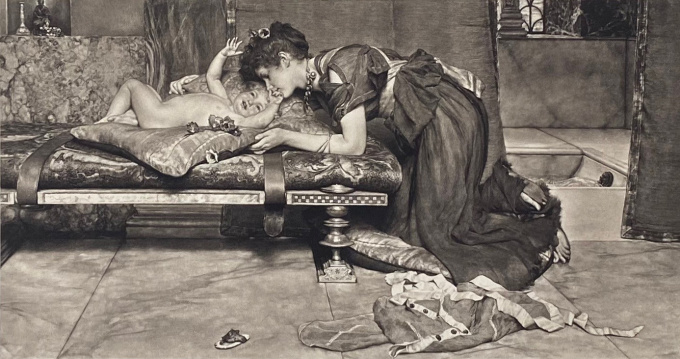 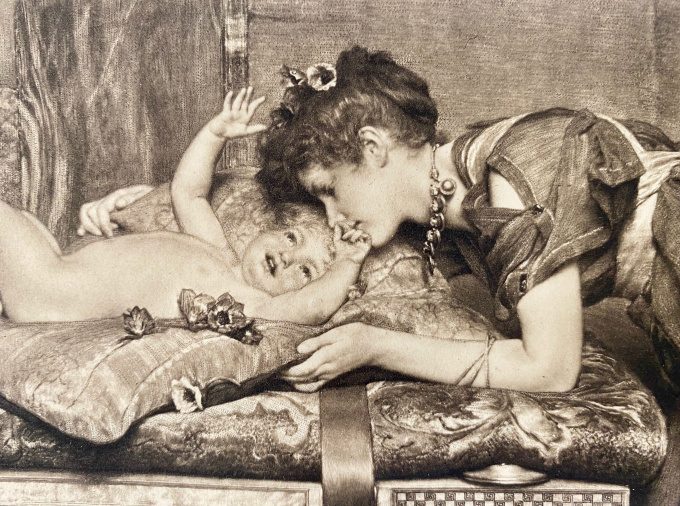 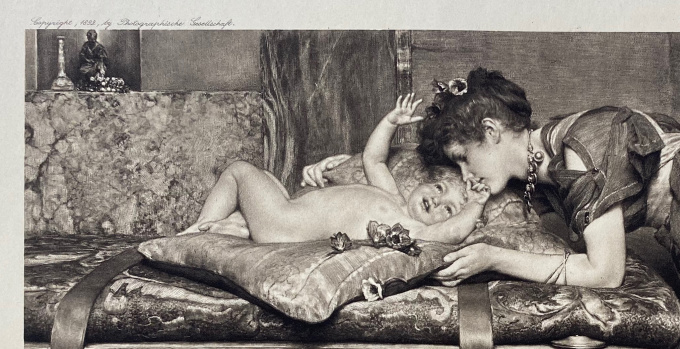 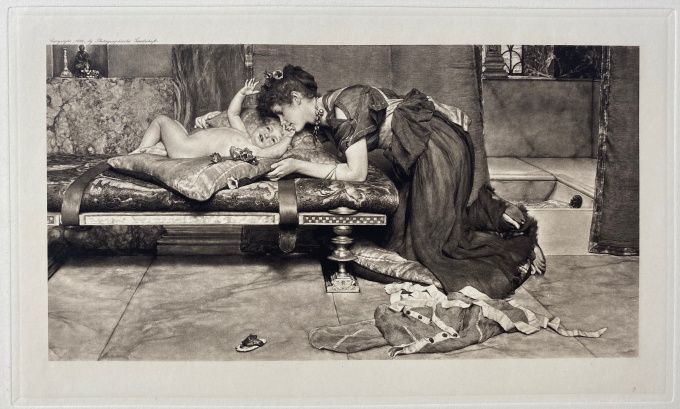 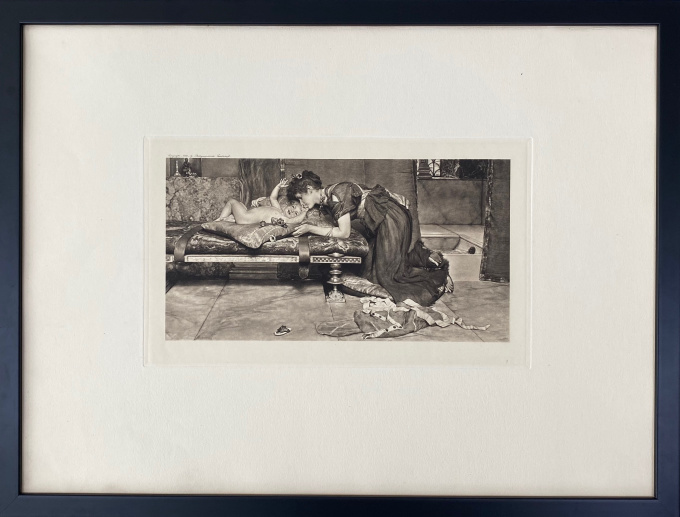 An original heliogravure printed on heavy cream paper in 1892, after the painting 'An earthly paradise' (Opus CCCVII) by Lawrence Alma-Tadema. Dimensions of the image: 25 cm by 13,5 cm Paperformat: 35 cm by 47 cm The subject is one of the well-known themes in Victorian genre painting. Art critics of the later Victorian era lamented the countless paintings of mothers with babies. Here the mother reverently kneels to kiss the baby's hand. The work interweaves archaeological specific elements from Alma-Tadema's repertoire with the iconography of Victorian childhood. The baby's pillow rests on a Roman sofa, a type often found in Alma-Tadema’s paintings; the baby bath, just visible between the curtains at the front, is a Roman basin sunk into the floor. The most striking detail is the small Roman sandal, prominently featured in the foreground, a common motif in childhood Victorian paintings. With his characteristic ingenuity, Alma-Tadema interpreted the conventional motif in terms of archaeological rigor. The same could be said of the work as a whole: the simple Victorian subject of a mother with her baby is enlightened in a scene of Roman grandeur.