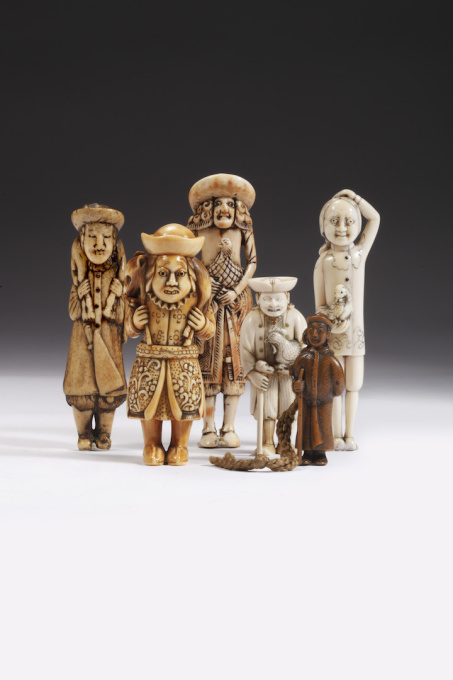 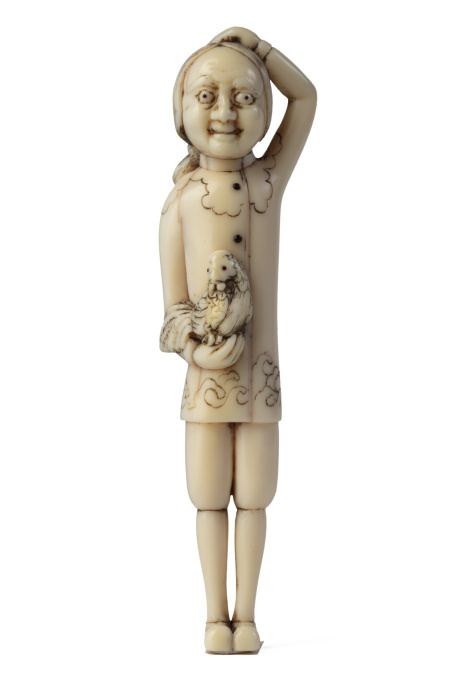 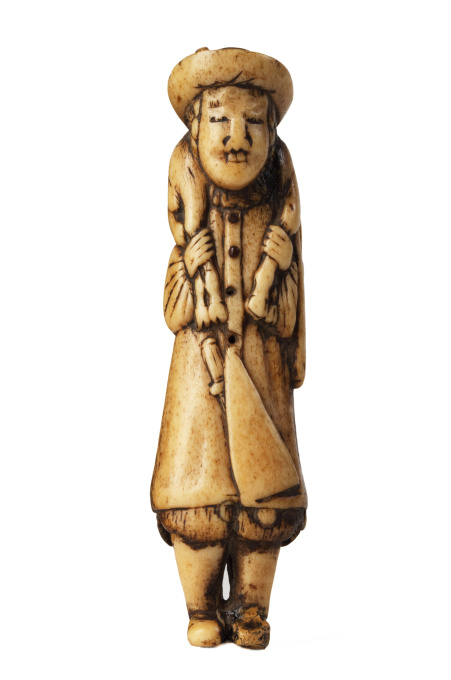 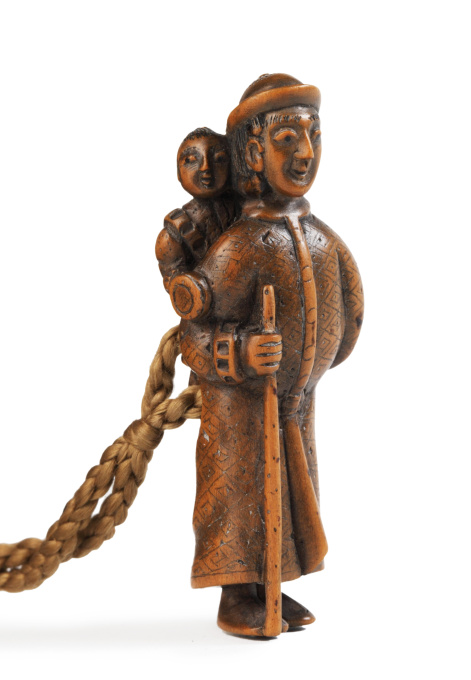 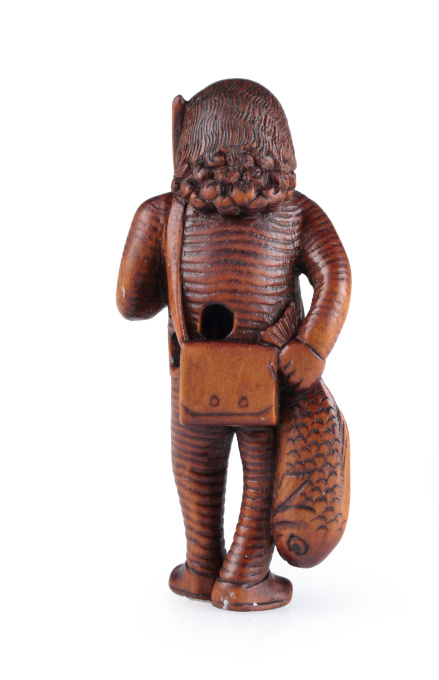 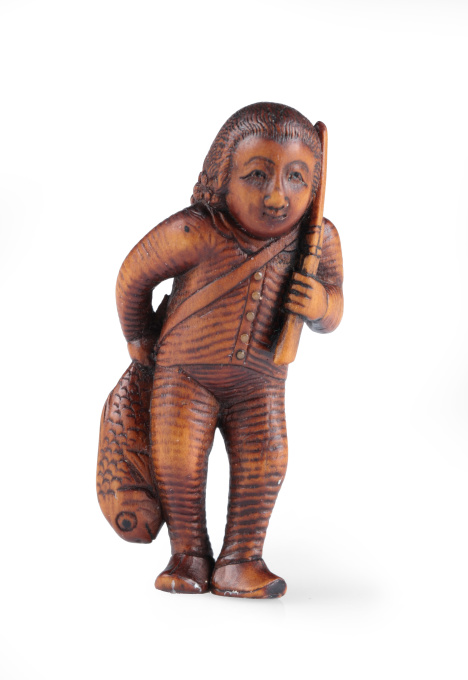 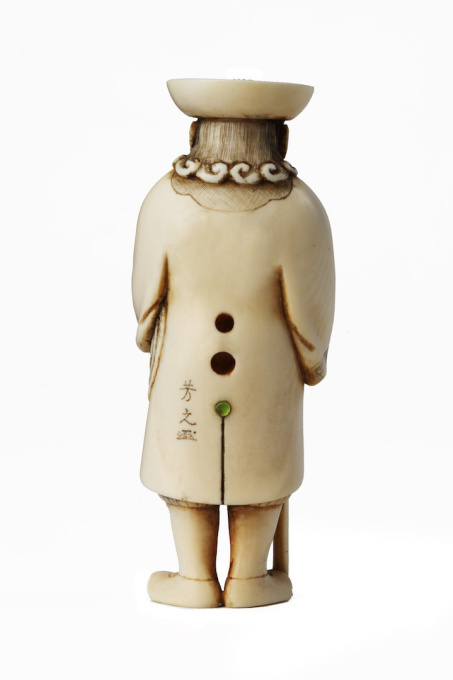 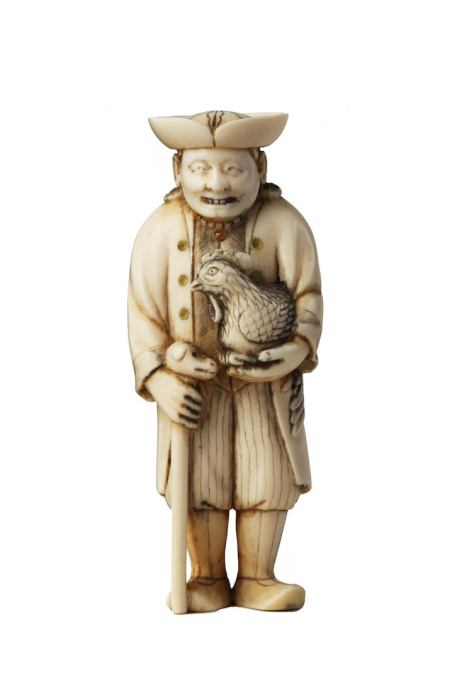 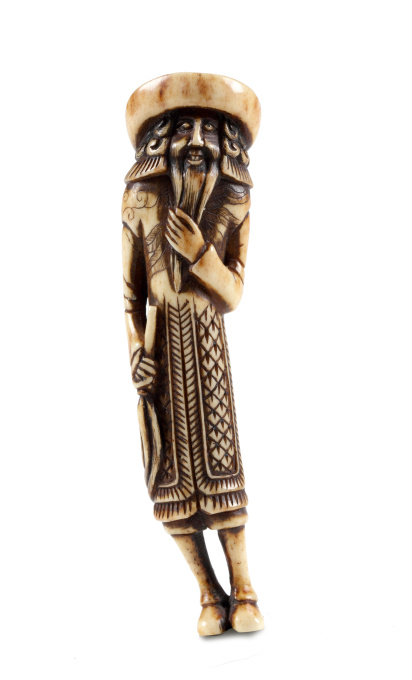 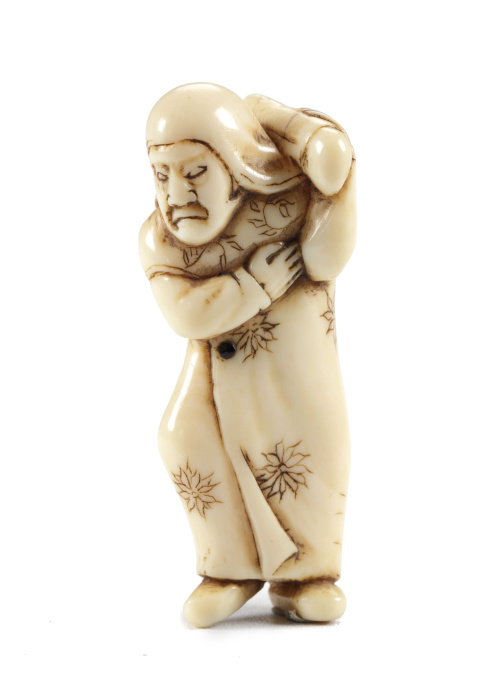 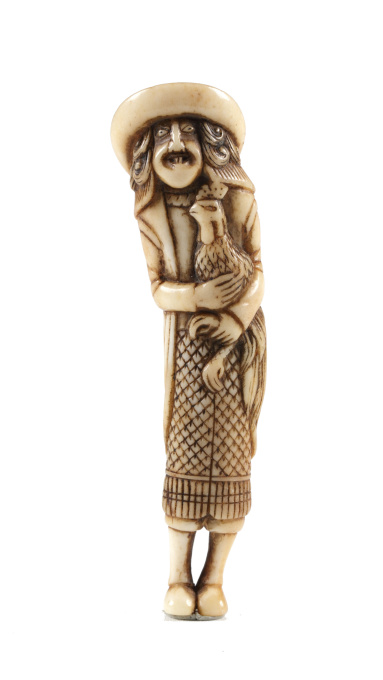 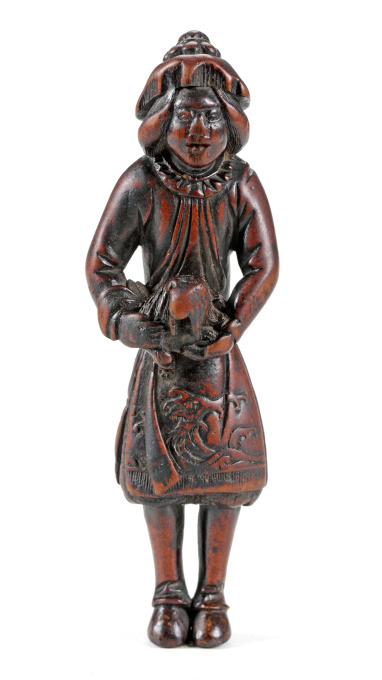 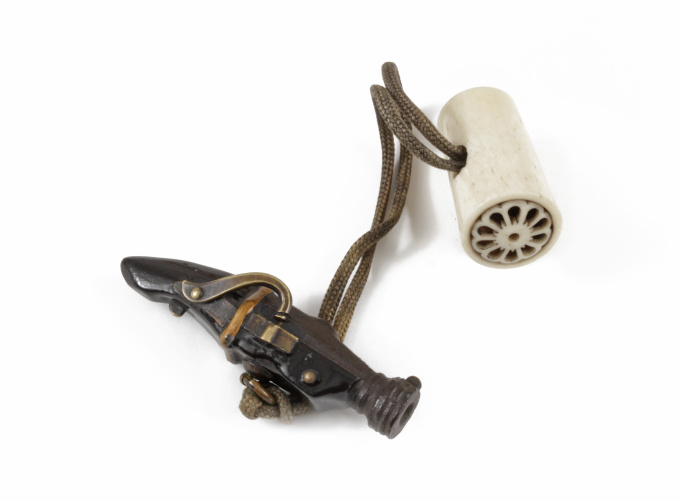 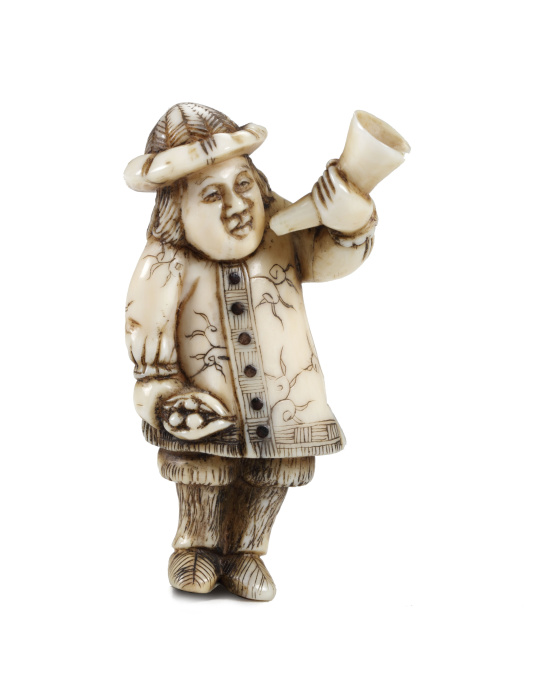 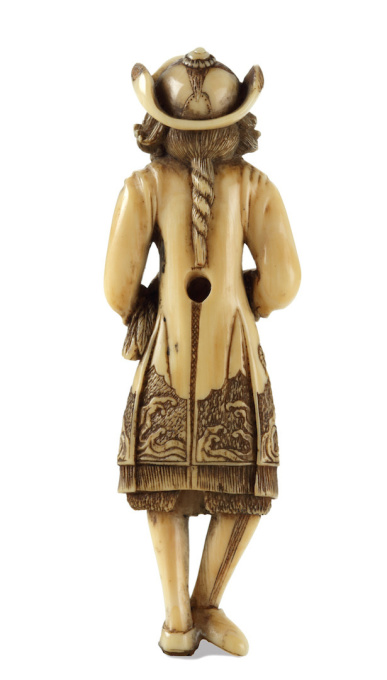 The portrayal of the Dutch by Japanese netsuke artists was popular in the 18th century and presents us with a fascinating insight into the Japanese perceptions of things foreign.
Foreigners, Ebisu, were considered bringers of good fortune, possessing magical power because they came from an unknown land and they came to be worshipped as deities. Netsuke of Dutchmen, therefore, were not only depictions of exotic appearances but probably had a talismanic function, such as warding off evil spirits, as well (Japan Envisions the West, 16th-19th Japanese Art from the Kobe City Museum).
Netsuke depicting Dutchmen constitute a clearly recognizable group of netsuke; Dutchmen are long, goggle-eyed, bow-legged, with a large nose and bad teeth. They wear a wide-brimmed hat with a feather or tassel, a bowler-hat or a seaman’s cap, a long coat decorated with Chinese motives of dragons, clouds or waves, over knickerbockers and long buttoned socks in low shoes

The portrayal of the Dutch by Japanese artists was popular from the late 18th and during most of the 19th century and presented us with a fascinating insight into the Japanese perception of things foreign. In many Japanese communities, mainly in the south, based on old myths and accessible wisdom, foreigners coming by ship from the South, were considered bringers of good fortune, possessing magical powers and coming from unknown southern lands. Netsuke of Dutchmen, therefore, were not only depictions of the exotic appearances of Westerners, but probably had talismanic functions as well, such as warding off evil and bringing wealth (for more netsuke of Dutchmen see Uit Verre Streken, November 2018). After Japan had been forced, in the 1850s, to open the country to Western powers, Japan quickly modernized, and the Japanese also started to adopt western clothing. This made an end to the use of and to a large extent to the making of netsuke and inro.