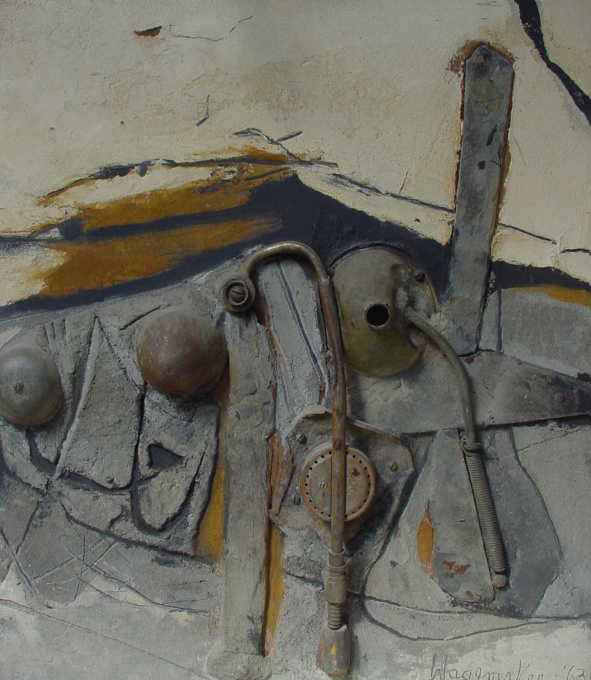 Jaap Wagemaker was a Dutch artist, born in Haarlem in 1906. He died in Amsterdam in 1972. At the age of fourteen Wagemaker studied at the School voor Bouwkunde, Versierende Kunsten and Kunstambachten in Haarlem. Although he was a skilful draughtsman, he preferred to paint. Initially, his paintings were rendered in an expressionistic style and inspired by Constant Permeke and Herman Kruyder.

About 1930 he moved to Paris where he became fascinated by ethnographic objects which he gathered at flea markets. During the Second World War Wagemaker moved to the Netherlands. After the war, he returned to Paris, where he became inspired by the artists Jean Dubuffet, Fautrier, Wols, Burri and Tapies. From 1960 onwards, Wagemaker started focusing on abstract assemblages. His paintings are characterised by brown and dark colours, reminding of deserts seen from an aeroplane. Wagemaker is profoundly influenced by ethnographic art.