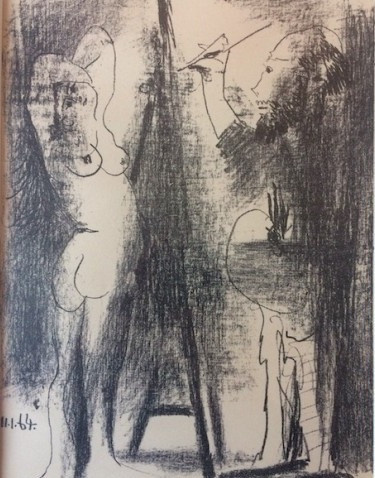 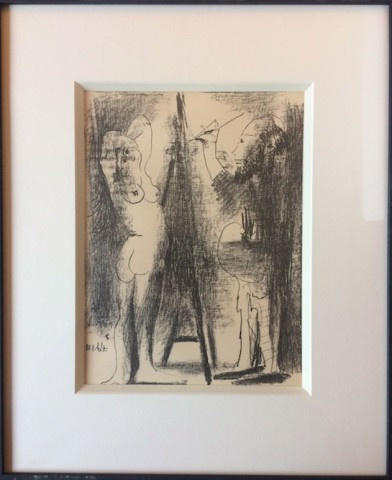 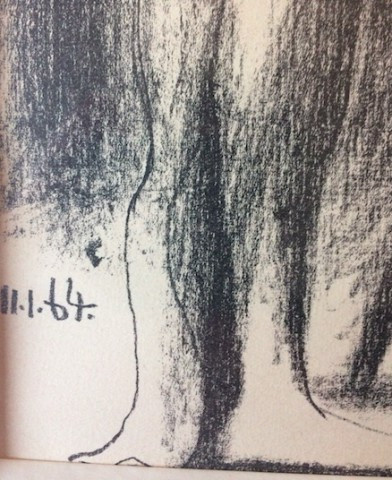 This nice small lithograph by Picasso was made in 1964 when the master was already 83 years old. The well known theme of the painter and his model has been excecuted in a splendid manner. The litho is signed in the plate. This is the original edition from the sixties.

See: Bloch number 1846, (Second Volume) page 340. referering to book 141; Catalogue of the Redfern Gallery Londen where this litho was used in the first 1150 examples.