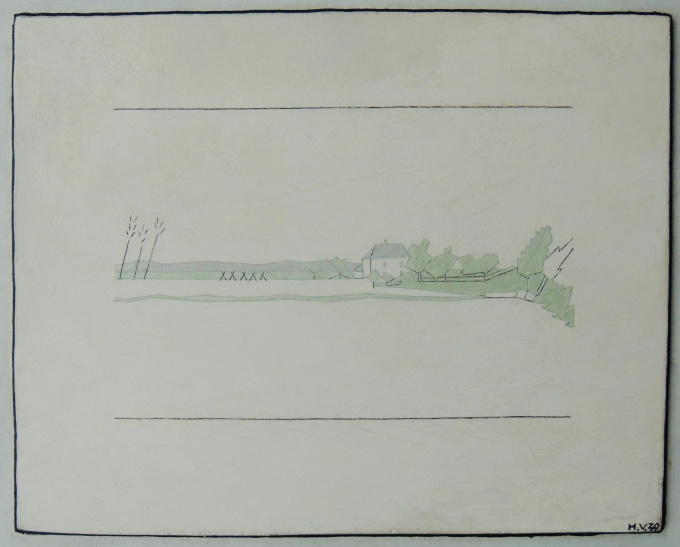 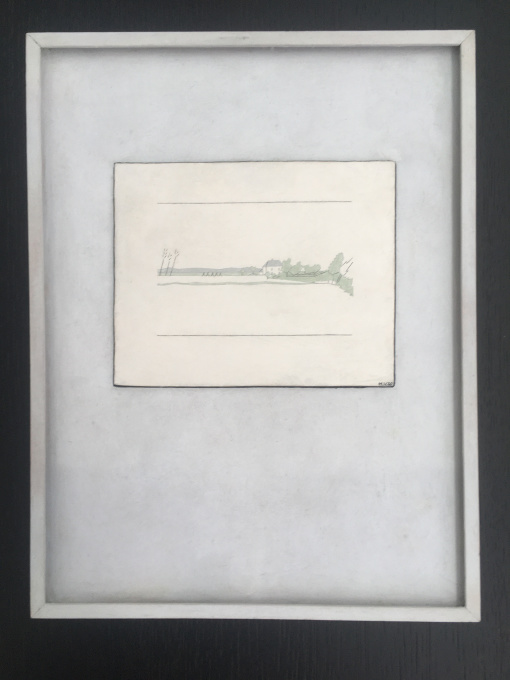 Hendrik Jacobus Valk was a Dutch painter. Similarities between his style of working and that of the members of De Stijl are visible, but Valk refused to join this group. Instead, he became fully committed and valued teachter at the school of ArtEZ in the Dutch city of Arhnem.

He was an artist of skill in many fields: he was known as a watercolourist, a goldsmith, an illustrator and a theater designer. Representations of trees, figures, nudes, landscapes, portraits and cartoons are typically often present in Valks work. In his personal artistic style he worked with a commitment to our visual reality, yet he abandoned all correspondence with Realism as a movement. His technique is a use of methodological abstraction, in which one takes nature as a starting point and from there begins to leave out detail.