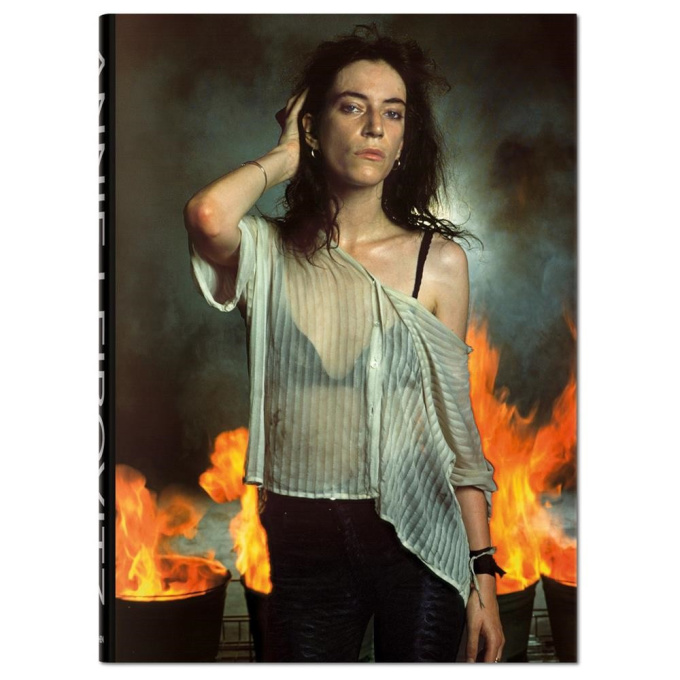 This book, one from a limited edition of 10000 signed copies, is the David Byrne Edition of the Collector's Edition and comes with a table designed by Marc Newson. The cover of this book is only one of three used photographs."

Annie Leibovitz was born in 1949, Connecticut. Her father was Lieutenant Colonel in the United States, which was why the family had to move frequently. Annie took her first photographs during the Vietnam War, while they were stationed in the Philippines. Her artistic talent began to shine through while attending art school. She began to study painting while studying at the San Francisco Art Institute and continued to improve her camera skills by working in various jobs.

In 1970 she became a photographer at Rolling Stone Magazine and was soon named as the Chief Photographer. By 1983 she moved to Vanity Fair. A particularly important milestone in her career included accompanying The Rolling Stones on their Tour of Americas ’75. Leibovitz continued her portraiture photography for advertising campaigns, while she also discovered a new focus on personal endeavours. She also had the chance to photograph British royalty in 2007, as the official portrait photographer for Elizabeth II’s first state visit to the America’s in many years.