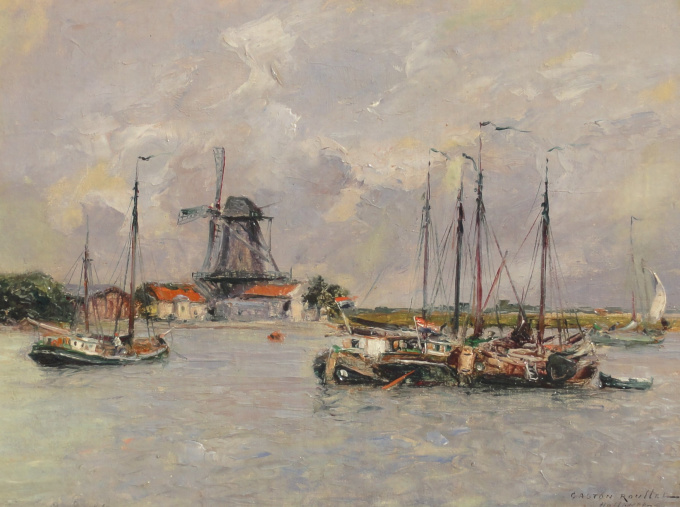 He became journalist for the newspaper Le Monde illustrated and made scenes of Africa, Oceania, Indochine and Canada, but as well he was influenced by sites in Bretagne and Normandy.
Between 1900 and 1910 he visited the Netherlands. He made painting from Hoorn, around the Zuiderzee and Dordrecht.