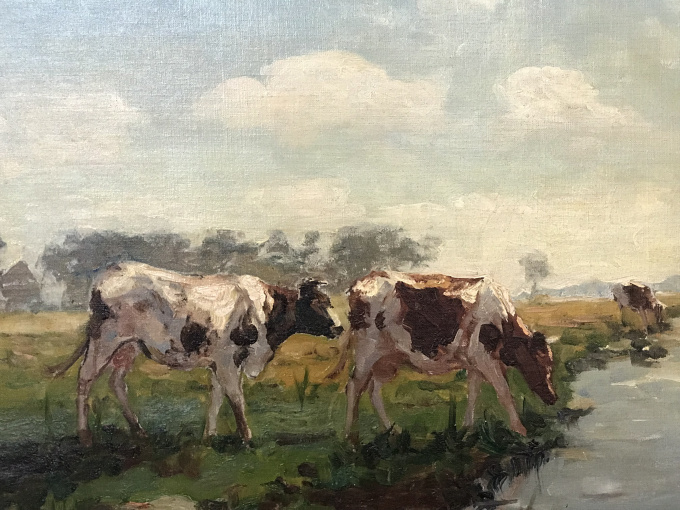 Fedor van Kregten lived and worked for a large part of his life in the hamlet of Notter near Wierden. A broadly based foundation, with a large number of working groups underneath, has set itself the goal of achieving a Van Kregten Revival in at least Wierden, but also elsewhere in the Netherlands. And perhaps internationally, because his works are from Buenos Aires to Moscow.

Apart from Wierden, Van Kregten has settled in The Hague and made a long trip to Mediterranean areas, including Spain and Morocco. In the ebb tide of the Hague School, Fedor van Kregten (1871-1937) painted his landscapes, in which there are many and many cows. Sheep herds also furnish many of his paintings. The self-taught Van Kregten was inspired by nature.

Fedor van Kregten was a Dutch painter and draftsman. He was autodidact and very much inspired by nature. He lived in The Hague but travelled to Morocco and Spain. He was part of the Hague School and painted landscapes, often with cows.