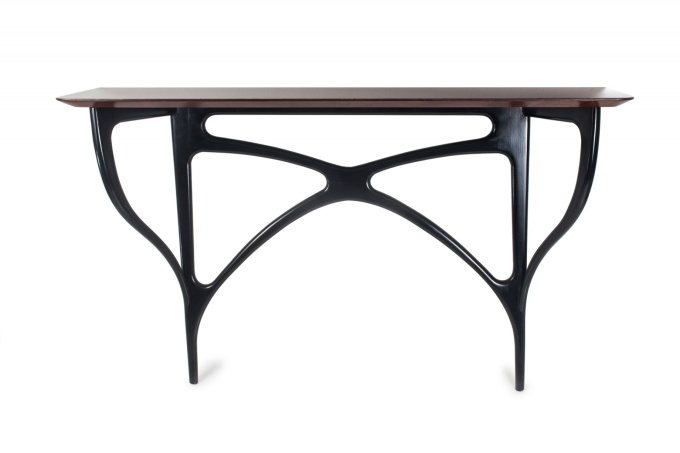 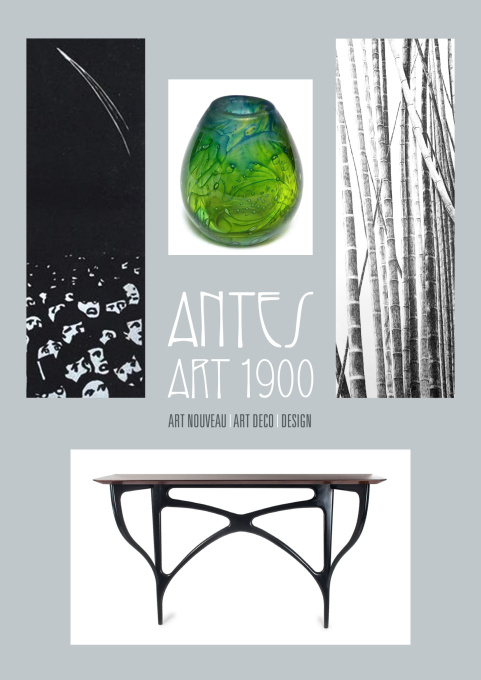 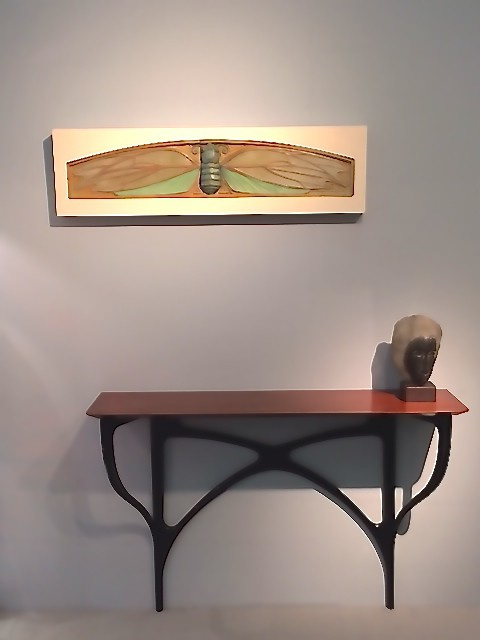 A wall mounted console table by the Italian architect Ico Parisi, in ebonised wood with a veneered mahogany top. The design is of the 1950's and this one is executed either by 'Fratelli Rizzi' or 'Spartaco Brugnoli'. Because of its strong curvilinear features (as a butterfly) it has a strong resemblance with the Art Nouveau period and has a very elegant appearance.

Born in 1916 in Palermo, Italy, architect-designer Domenico “Ico” Parisi trained in building construction in Como between 1931 and 1935. The following year, he worked in rationalist architect Giuseppe Terragni’s office in Como, and went on to become a founding member of both the Alta Quota and Gruppo Como architecture groups. In the late 1930s, Parisi also worked as a filmmaker. In 1945, he organized the first of a series of contemporary furniture exhibitions in Como, and in 1947, he married Luisa Aiani, a former student of Gio Ponti and a member of the Alta Quota. In 1948, the husband-and-wife team founded the design studio La Ruota in Como. Between 1949 and 1952, Parisi studied architecture under Alberto Sartoris at the Institute Atheneum in Lausanne, Switzerland. In 1952, he became a member of the Art Club of Milan. In 1956, he became a member of the Associazione per il Disegno Industriale (ADI).
With a style that epitomized the modern, Italian look of the 1950s, Parisi designed numerous interiors, furniture (primarily in wood and metal), glass, jewelry, and architecture projects, both independently and with his wife, Luisa. Their studio was a meeting place for collaborations between established artists and designers of the day. Clients included Singer & Sons, Altamira, M.I.M., Longhi, and Cassina.
Parisi passed away in 1996.