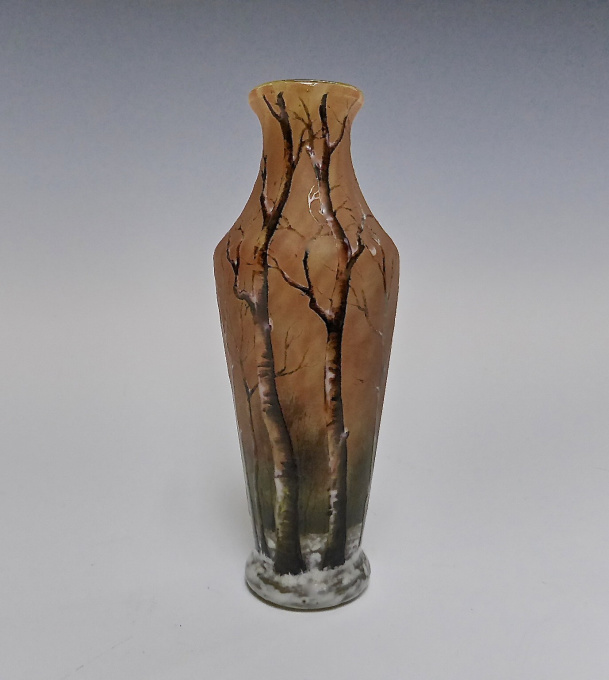 A very nice winter landscape vase by Daum Nancy. With an extraordinary refined etched and enameled decoration of winter trees covered with snow.