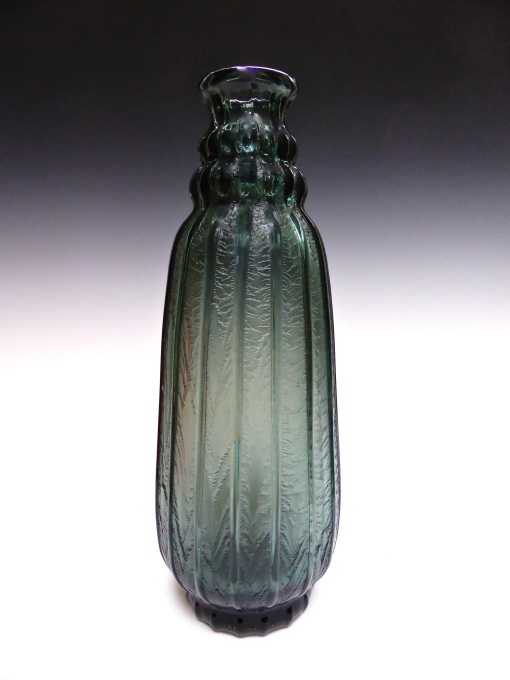 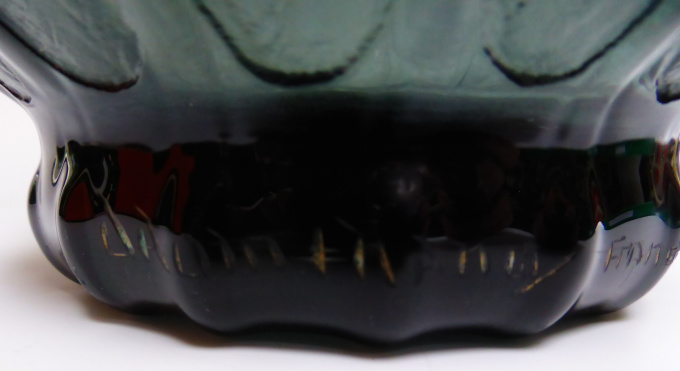 Daum Nancy - A very nice example of the Art Deco glass by the Daum factory from the mid twenties. It's a tall and deeply etched vase in grayish / free glass. It's in a mint condition.