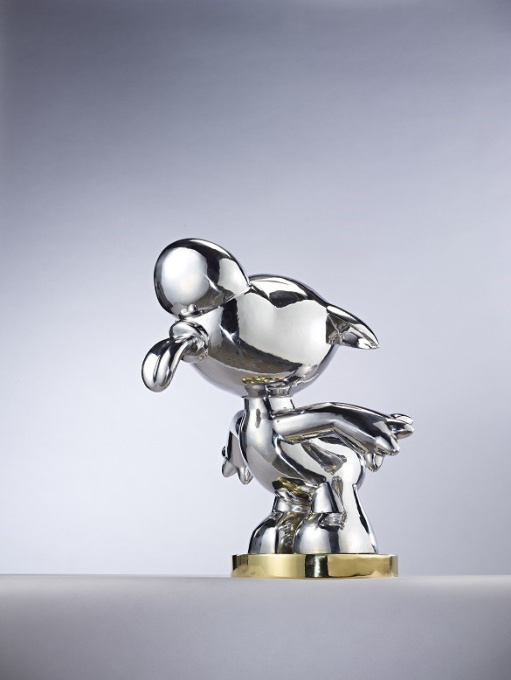 Poren Huang was born in 1970 in Taichung, Taiwan. He is a sculptor and descendant of generations of wood carvers and entrepeneurs. Huang graduated in sculpture at the Fu-Hsin Trade & Art School in 1989. His father wished for him to take over the family business threatening to denounce him if Poren became an artist.

In 2001, Huang had joined the Graz International Sculpture Exhibition in Austria and participated in several international art fairs. His most acclaimed work includes aboriginal-figures and personified dogs. Through “The Dog’s Notes” created in 2005 and modelled after the “Taiwan Dogs” raised by his family, Poren Huang expresses that he will never abandon either his family or his creative artworks. Some of his dog sculptures even resemble the characteristics of human beings.

Huang’s sculptures are part of textbooks which has triggered attention from many public and private collections, especially in Asia but gradually expanding to the Middle East , the United States and Europe.

Poren Huang’s work attracted collectors from across the globe and has manifested positive attitudes which influence a lot of people. The National Taiwan Museum of Fine Art has already collected two of his works.