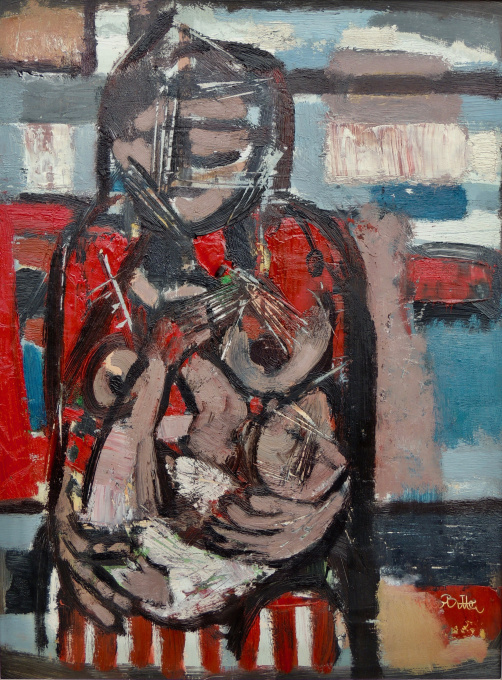 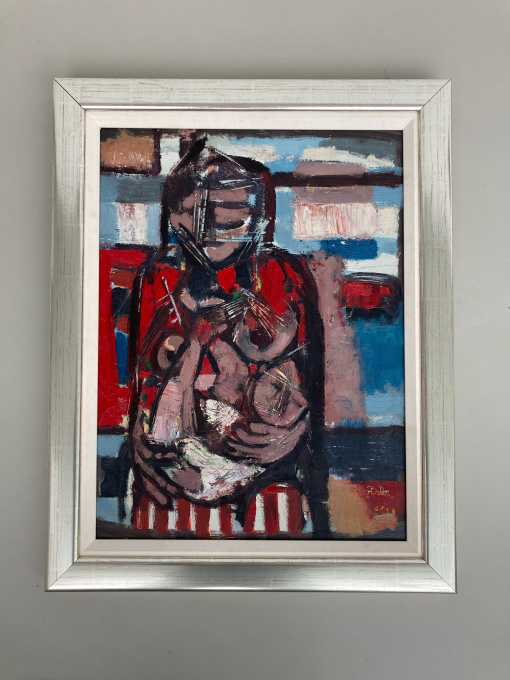 Theodorus (Theo) Bitter (The Hague, 16 December 1916 - The Hague, 13 February 1994) was a Dutch graphic artist, painter and draughtsman who belongs to the New Hague School. Besides drawing and painting he was engaged in monumental art, textile design and book illustration.

He painted, drew and watercoloured family portraits in a naive style; fishermen at sea in an abstract-expressionist style; landscapes in an abstract style and figures in a neo-abstract style. Bitter was co-founder of Verve and Fugare and a member of the Pulchri Studio and The Hague Watercolourists. He worked together with Dirk Bus.