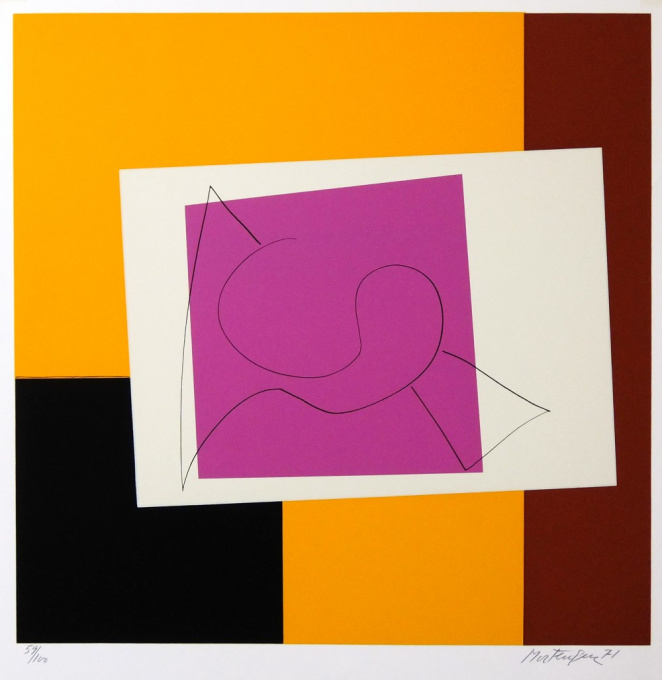 Mortensen studied between 1931 and 1932 at the Royal Danish Academy of Art in Copenhagen. Influenced by the works of Wassily Kandinsky, he developed an abstract style. In Copenhagen, Mortensen was joint founder of the "Linien" school of abstract painters.

In 1937, he undertook a study trip to Paris, where he met pioneers of surrealism, such as Roger Vitrac, Gala Éluard, Michel Leiris, Antonin Artaud, Raymond Queneau and André Masson. During the Second World War, Mortensen's works reflected the violence of Europe. He moved to Paris in 1947, remaining there until 1964. Together with Robert Jacobsen, Mortensen became connected to the Galerie Denise René in Paris, which became famous for concrete art. His later works are concrete works of art characterised by large, clear, bright colour surfaces.

Mortensen was awarded the Edvard Munch Prize in 1946, and the Kandinsky prize in 1950, and the Thorvaldsen medal in 1968. After his return to Denmark in 1964, he received a Professorship at the Royal Danish Academy of Art in Copenhagen, which he held until 1980.