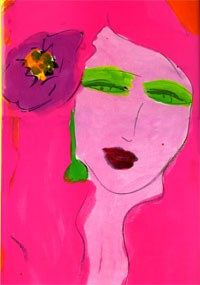 Beautiful self published monograph in co-edition with the Shanghai Art Museum (1997) to accompany his first exhibition in China in the Shanghai Art Museum (1997). Texts are in English, French and Chinese. Content: bibliography, short biography, list of exhibitions, list public collections. Publication of 20 poems by Walasse Ting (1929-2010). Followed by numerous large full colour plates of his works and some in black and white. Very rare. Condition very good (new).