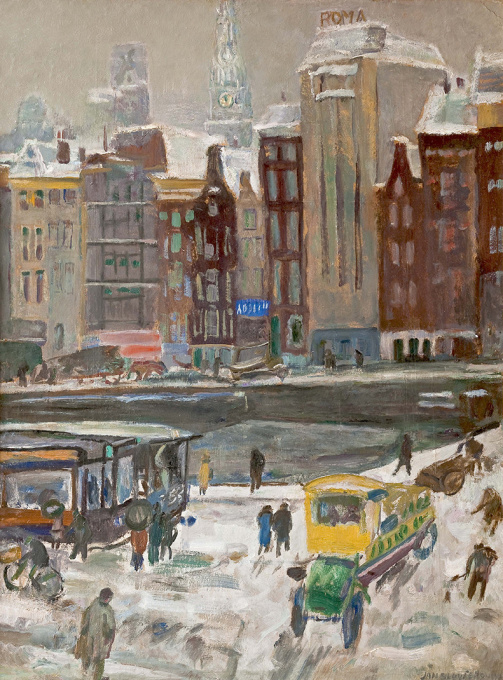 The Rokin in Amsterdam, as seen from Arti et Amicitiae 1930