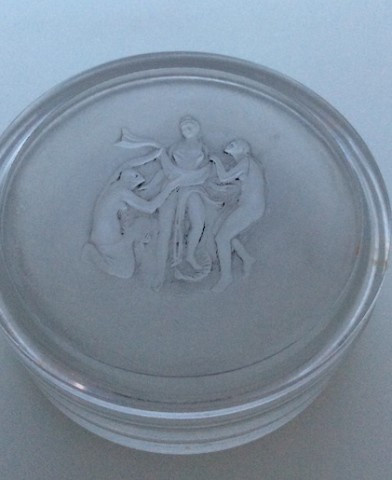 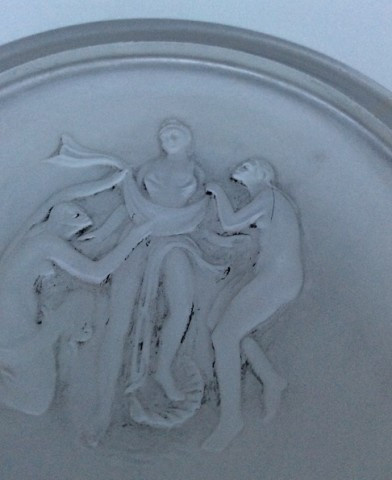 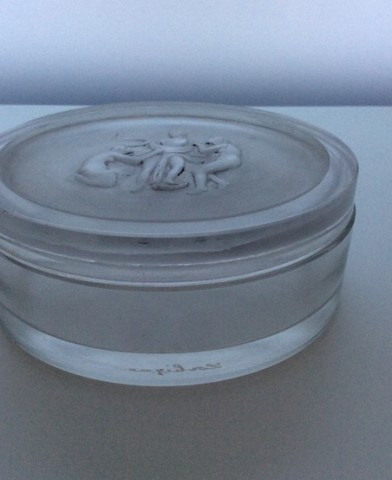 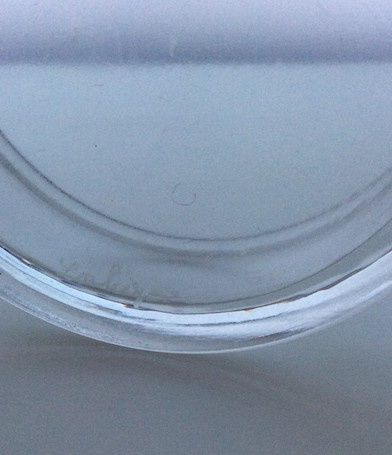 This box decorated with venus and her nimphs was designed in the 1937, in the typical style of the
Exposition Internationale des Arts et Techniques dans la Vie Moderne.


This style can still be seen in the statuettes near the Eiffeltower at the quai des Seine in the palais de Chaillot.
The box is signed Lalique and slightly patinated.
See Marcilhac page 999, box Nina Ricci 1.