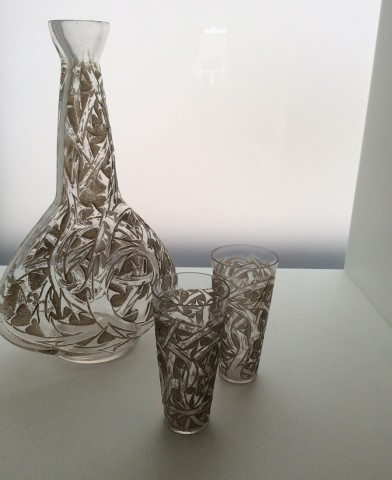 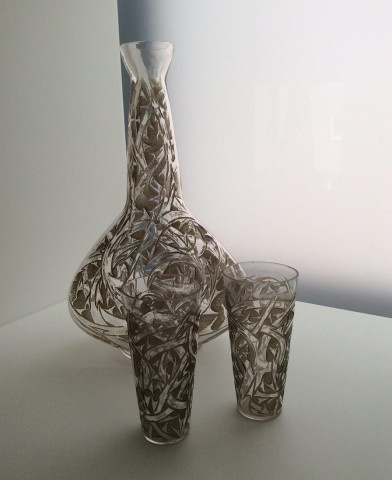 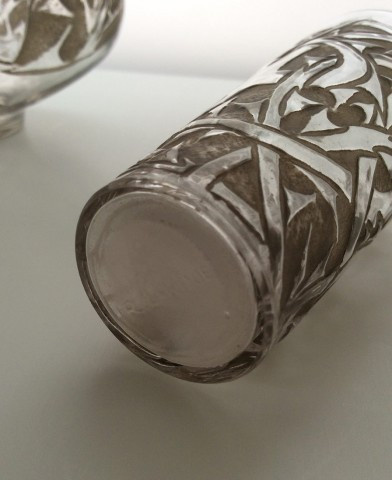 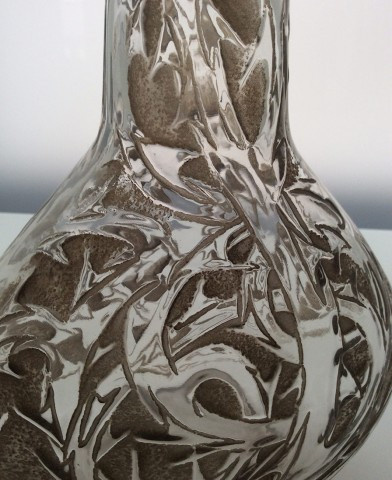 This original wedding set in the Epines decor is one of a kind. Rarely seen so original and complete. Designed in 1920 the carafe was ment as a decanter or water carafe.
Height 26 cm.