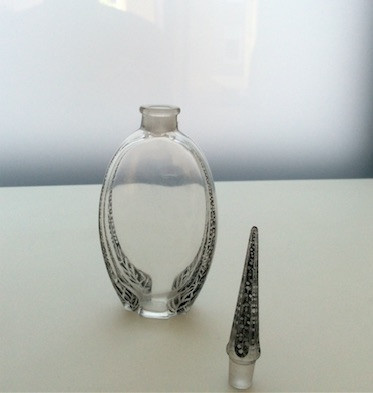 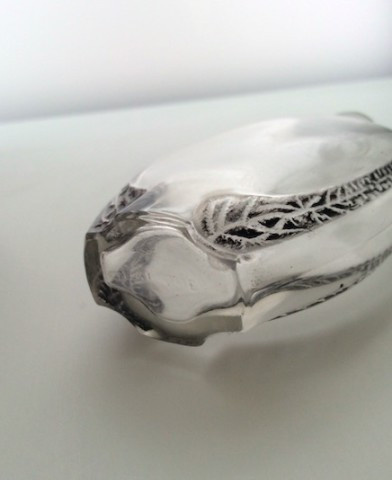 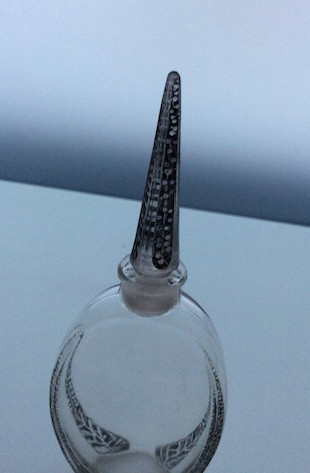 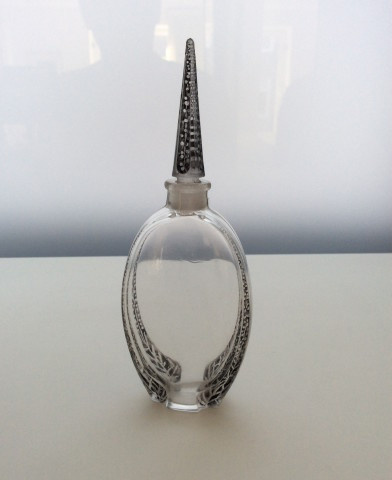 A very elegant flacon ‘Lac Dor’ for Lubin by Lalique 1920

This elegant flacon designed by Lalique in 1920 was created for the House of Lubin. However it was not very well marketed and the perfume did not sell well enough it is now considered a Lalique classic. The name Lac Dor is referring to the ‘gold lake’ which can be seen as the water of the Indian Taj Mahal reflects its golden domes in the white marble pool.

Remaining bottles were later re-used in 1940 for the perfume ‘Sur deux Notes.’