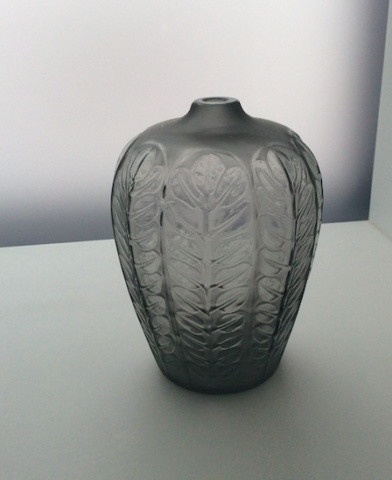 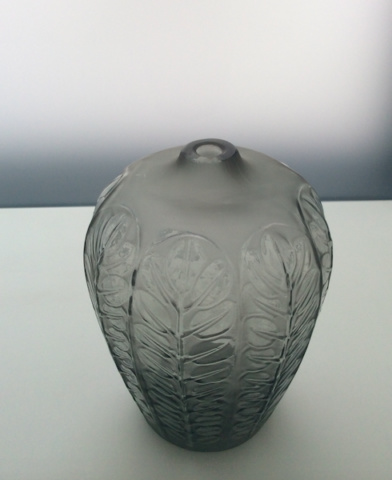 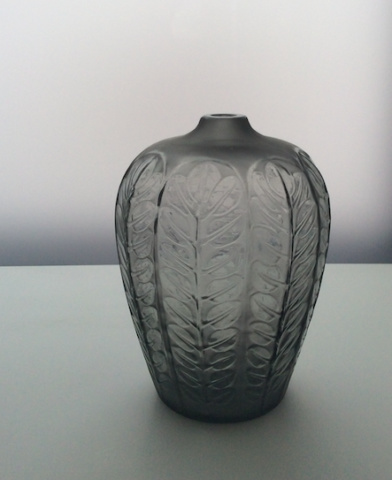 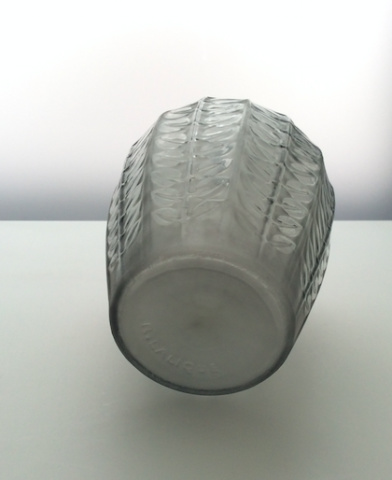 This lovely small vase was designed in 1924, part of a series of smaller vases. It normally comes in white glass, so finding it in this topaz grey glass is very rare. The condition is pristine.
Height: 13 cm.