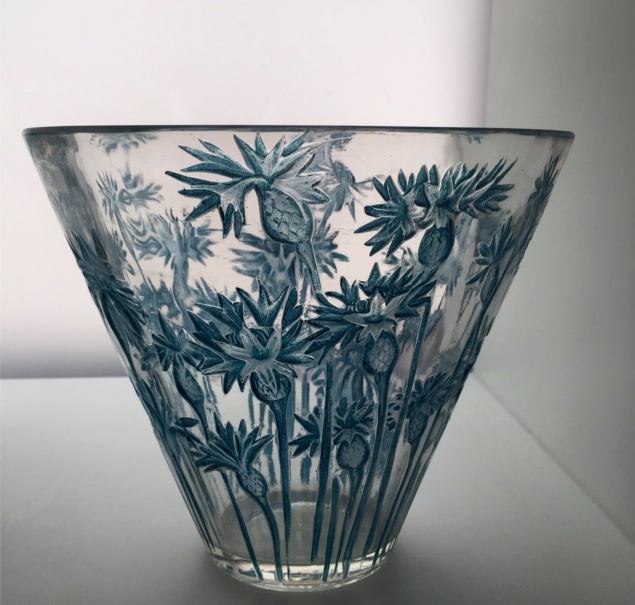 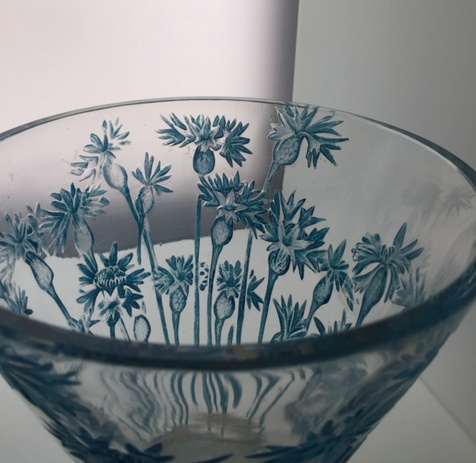 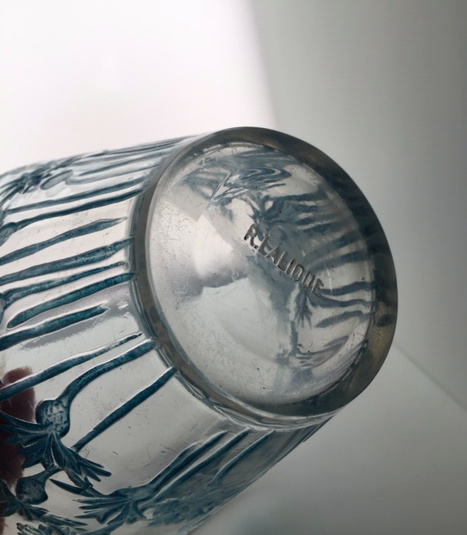 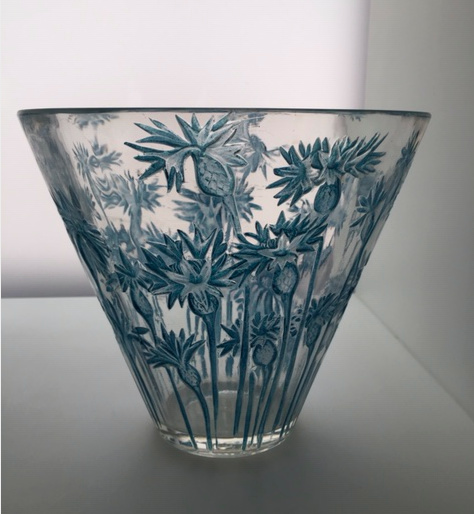 This elegant pressed glass vase was designed by Lalique in 1914. The blue cornflowers or 'Bluets' make it a lovely scenic design. Its marked in the mold 'R. Lalique.' Good original condition with some factory hairlines because of the early press procedure. Heigth: 16 cm. Marcilhac 909, model introduced in 1914