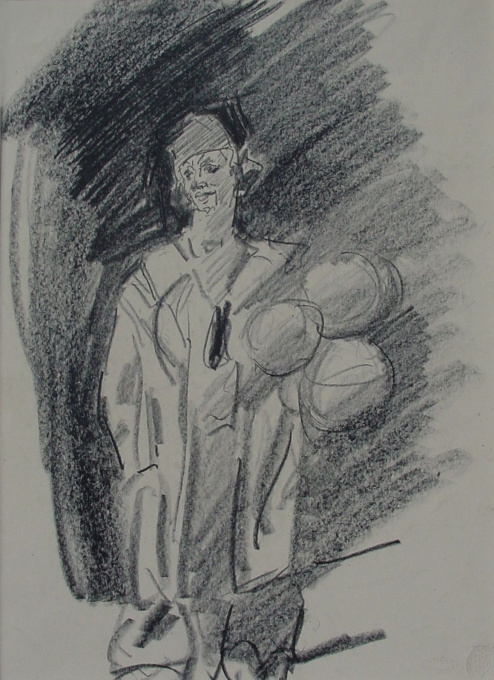 Black chalk on paper, signed
29 x 41 cm
In a similar fashion, Isaac Israels created a lithograph which looks like a drawing