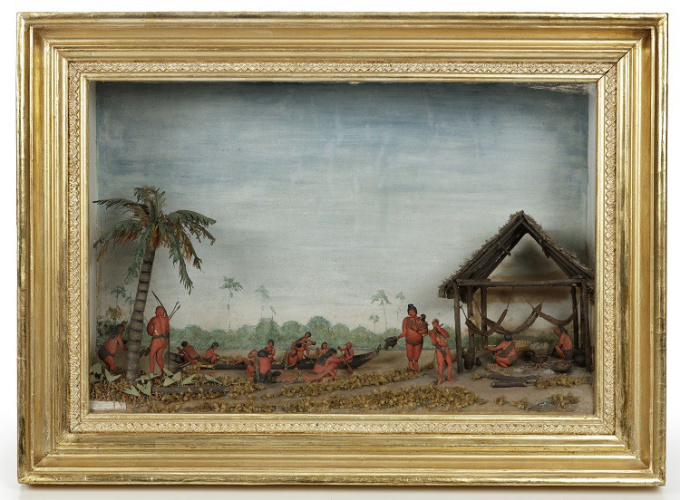 Caraïben Indians at the river side 1809