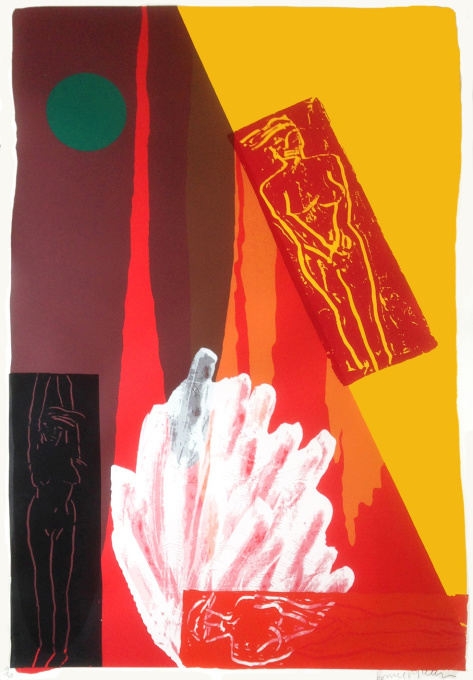 Bruce McLean is a Scottish sculptor, performance artist and painter, born in Glasgow in 1944. McLean studied at the Glasgow School of Art from 1961-1963 and attended the Saint Martin’s School of Art in London from 1963-1966. At Saint Martin’s he studied together with Anthony Caro and Philip King. In a way to provoke his teachers he began making sculptures made from rubbish. In 1965 he abandoned conventional studio production in favour of impermanent sculptures using materials such as water, along with performances of a generally satirical nature directed against the art world.

McLean is internationally renowned for his paintings, ceramics, prints and books. He was Head of Graduate Painting at The Slade School of Fine Art in London and he has several exhibitions including Tate Gallery in London, the Modern Art Gallery in Vienna and the Museum of Modern Art in Oxford. In 1985 he won the John Moores Painting Prize.

Mclean lives and works in London.