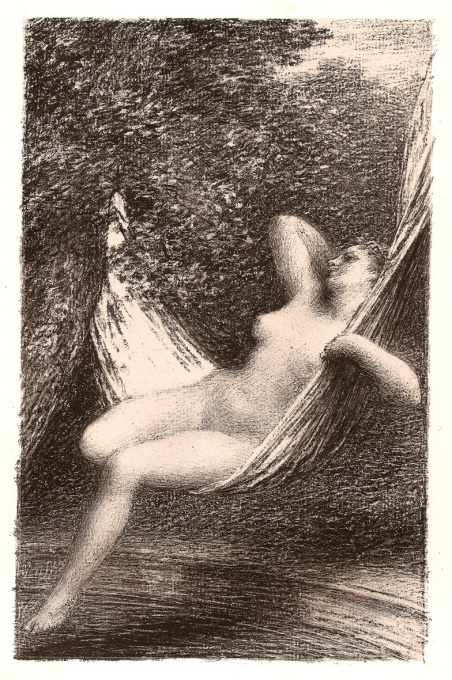 The French artist Henri Fantin-Latour is renowned for his luxurious flower still life paintings and group portraits of Parisian artists and writers. Besides their aesthetic value, these portraits are important historical documents and proof of his friendships with leading avant-garde artists and writers. In addition to his paintings, Fantin-Latour created ingenious lithographs, characterizing the music of some of the great classical composers.
He was born in Grenoble on the I4th January 1836 to Theodore Fantin-Latour, a portrait painter and teacher of drawing, and a Russian mother. In 1841, his family moved to Paris. Henri started drawing at an early age and went on to study drawing at the school of Lecoq de Boisbaudran. After a short period at the Ecole des Beaux-Arts, he worked temporarily at Courbet's studio. From 1853 onwards he regularly copied works by the old masters in the Louvre as well as paintings by Delacroix in the Musee du Luxembourg, and for 12 years lived mainly by copying.
He met Degas in the Louvre in 1855, Manet in 1857 and Berthe Morisot in 1858. In 1858, Henri Fantin-Latour became friends with Whistler and together with Alphonse Legros, formed the Societe des Trois.