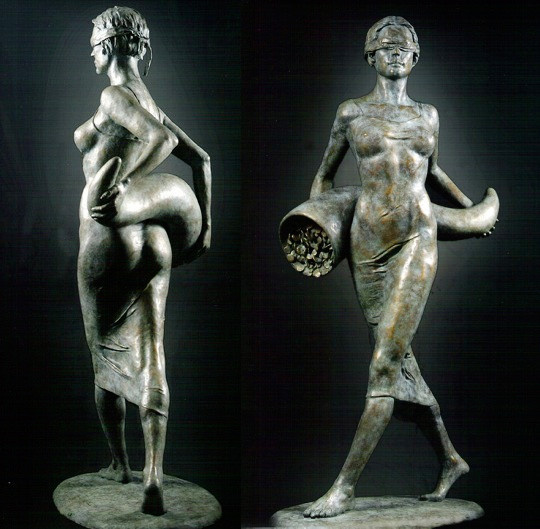 Daphne du Barry is a Dutch sculptor who was born in Arnhem on 5 July 1950. After studying at grammar school in Arnhem, she studied at Munich University and, afterwards, at Mac Gill in Canada. Later on, she enrolled in the Sorbonne in Paris, studying Modern Literature. In 1971 she met the art critic Jean-Claude Du Barry and they married a few years later. In the 1980s she had been studying design for five years in Paris. After meeting the sculptor Marcello Tommasi in Florence, she became his pupil. In this period she also enrolled in the Academy of Art and Design in the Medici. She makes classical inspired and naturalistic sculptures. She has had various exhibitions all over the world, including New-York (1992), Honolulu (1989), Washington (1991), Barcelona (1991), Mexico (1989), Paris (2001), Amsterdam (2003), Cascogne (2003), Milan (2006). Her sculptures are in private collections in the U.S.A., France, Italy, Spain, Belgium, Norway, Mexico, Canada and China.