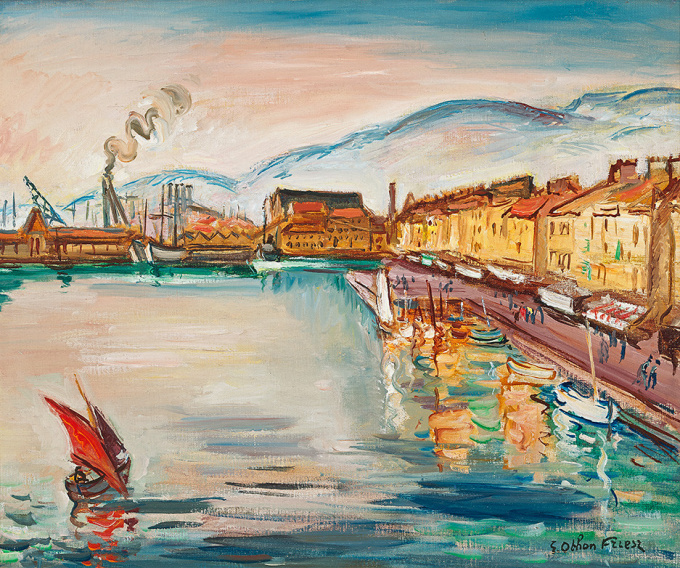 Achille Emile Othon Friesz (known as 'Othon Friesz') was a French artist born in 1879. He received his education in Le Havre, together with friend and fellow artist Raoul Dufy. They both came into contact with Georges Braque in Le Havre as well. Friesz later transferred to the École des Beaux-Arts in Paris, where he was thought by Léon Bonnat, who painted according to the ideals of Naturalism. During his lessons by Bonnat, Friesz met Albert Marquet and Henri Matisse, who can be associated with the Fauvist movement. Friesz was a member of this movement between the years 1905 and 1907, during which he contributed to their exhibitions with his won work.

Influenced by Cézanne, Friesz began to use less intense colours, and increased to structure his compositions. For a short amount of time he became involved with the Cubist movement, but he returned to being inspired by Nicholas Poussin and his fellow Classicist painters from the seventeenth century, as Paul Cézanne was.

Aside from being a painter, Friesz was involved in the field of education. He sets up his own art school in 1912, where he taught for two years. He later settled for different academies, such as the Académie Scandinave in Paris, and the Académie de la Grande Chaumière in Parijs.