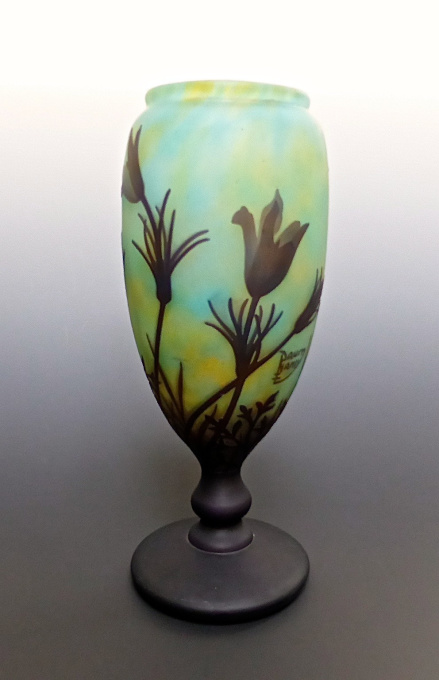 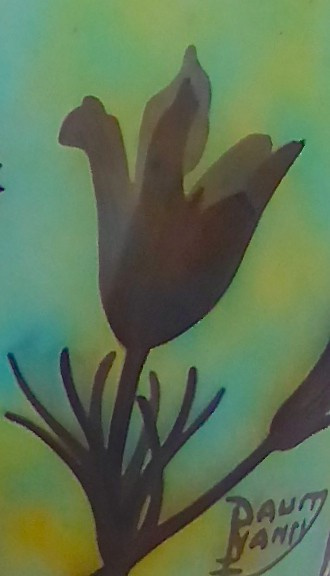 A cameo glass vase on applied foot by Daum Nancy. Décor: "Tulipes noirs". The body of the vase is in a turquoise blue and has yellow spots. The black (read: deep purple) tulips are acid etched (in two layers) on the surface of the vase. This vase is in mint condition.