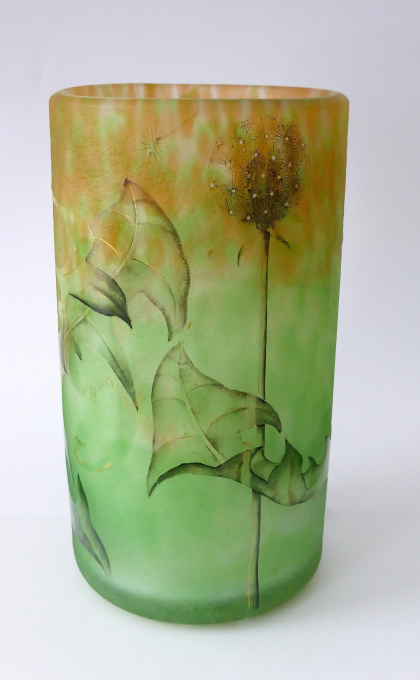 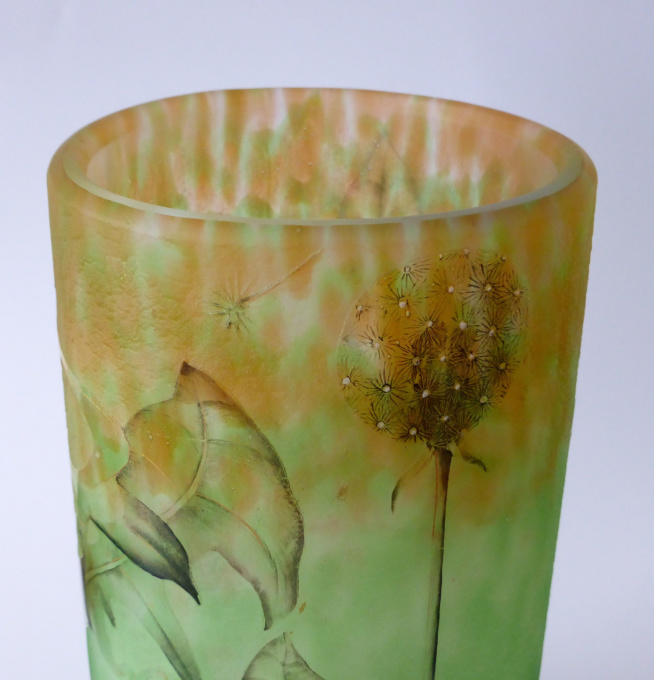 An unusual so called "verrerie parlante" vase by Daum Nancy. The circular form with a decoration of delicately enameled dandelions on an opalescent body. It has an etched and gilded inscription on the side: "Comme la plume au vent". These 'talking' vases were originally an invention of Emile Gallé (1846-1904) who used strophes by famous lyrics and poets to illustrate a certain mood, in which the sentence, together with the decoration on the vase, should come to call.